Meet Inspiring Speakers and Experts at our 1000+ Global Events inclusive of 300+ Conferences, 500+ Workshops and 200+ Symposiums Every year on Medical, Pharma, Engineering, Science, Technology and Business.

Theme: A new doorway to novel yet affordable medicines


14th International Conference on Biologics and Biosimilars is scheduled to held on August 2-3, 2019 in Chicago, USA. On behalf of the Organizing Committee we welcome you all to join us once again in this elaborately planned Conference which is going to host Keynote Sessions, Plenary sessions, Posters Presentations, Exhibitions and Career Development Programs.

Biosimilars 2019 Conference is a one of a kind conference where we will be focusing on Biosimilars potential to change the Pharmaceutical world. With the theme "A new doorway to novel yet affordable medicines", we will try to reason more with why we need Biosimilars in our lives and how can we make it safer and reliable. We will be covering various topics related to the field of Biopharmaceutical, especially Biosimilars in the form of Keynote Sessions, Plenary Sessions, Poster Presentations and Workshops.

Why to attend the Conference?

Networking with global experts in pharma and biopharma research

Update yourself with latest USFDA approval policies and stringencies

Understand the Return on Investment and Pharmacoeconomics


Whom will you meet

Biosimilars being referred to as follow on Biologics calls for overcoming many challenges while it’s development. As comparisons are being drawn from the initial stages, it is very important to have proper scientific as well as strategic approached taken for the successful development of these Biosimilars. This need for overcoming the challenges continues till the late clinical steps, drug safety factors and labeling requirements.

With the effectiveness of biosimilars and its cheap price, biosimilars is in huge demand in the pharmaceutical market. With the advancement of Biosimilars, disease management has become comparatively easier.  It is currently being used in the treatment of ailments like psoriasis, rheumatic arthritis, cancers, inflammatory bowel disease (IBD) etc.  Biosimilars are also being used as monoclonal antibodies, growth hormones, peptides, therapeutic proteins etc.

As the demand of Biosimilars is ever increasing in the pharmaceutical market, it is very important to check them properly before releasing it to the mass. That is why there is a stepwise approach towards clinical trials of Biosimilars. It has various levels such as Extensive Molecular characterization Program, Pre-Clinical, Phase 1, Phase 3, Phase 4 and so on.

Cancer is something which if treated properly is not hard to beat. Most of the medicines that we currently have for Cancer are way too costly for any common human being, but Cancer being one of the largest cause of death needs proper treatment. This is where Biosimilars come handy. Biosimilars being cheaper can increase access worldwide to potentially life saving  biologics.

Drug development is the process of bringing a new pharmaceutical drug to the market once the led component has been identified through the process of drug discovery. It further has pre-clinical and clinical development procedure. Once the drug has been developed, it is important to check its mode of function, this is termed as the drug delivery.  Once this has been done, the drug can be qualified for usage.  This session will be looking on the such following topics. This session of the Biosimilars 2019 will be looking into the future and FDA initiatives that have already been announced to include enhanced tracking and follow-up of post market issues, planned improvements in AERS, and pilots of new post market drug-monitoring strategies. Current challenges in pharmacovigilance, Adverse drug reactions with pharmaceutical products, Biosimilar guidelines for pharmacovigilance practice and pharmacoepidemiology are the points that shall be laid emphasis in this session. Bioequivalence focuses on the equivalence of release of the active pharmaceutical ingredient from the pharmaceutical product and its subsequent absorption into the systemic circulation. This session has utmost importance in context to the fact that only a suitably bioequivalent drug candidate that conforms the results in all respects to the original licensed product can be called as biosimilar drug.

This session shall be highly beneficial for the biosimilar industry researchers to update themselves on the latest research updates from around the world. This session also finds place for all the biosimilar exhibitions associated with the field of biosimilars and biologics.

A biopharmaceutical is also known as a biologic(al) medical product. It is any pharmaceutical drug product which is manufactured in, extracted from, or semisynthesized from biological sources. They are different from totally synthesized pharmaceuticals. They include vaccines, blood and blood components, allergenics, somatic cells, gene therapies, tissues, recombinant therapeutic protein, and living cells used in cell therapy.

The safeguarding of product trade secret, its formulations and other process parameters by law is usually covered by IPR. It includes those as patents, copyrights, industrial design rights, trademarks etc. IPR is of prime importance in the field of biologics and biosimilars. Most scientist and industries tend to retain their monopoly business by exercising the IPR.

The very name Biosimilars calls for the occurrence of Intellectual Property rights laws and by-laws. Hence this session is of utmost interest to the attorneys and law personnel.

The objective of this work was to suggest the biowaivers potential of biopharmaceutical classification system which is known to increase the solubility, dissolution, oral absorption of water insoluble drugs. Biopharmaceutics Classification System and invitro and invivo classification discusses about ADME pathways of different drugs. This also includes BCS biowaivers, In vitro diffusion cells for dissolution testing in formulation development, In vitro preclinical ADME/BCS testing.

The Patient Protection and Affordable Care Act (PPAC Act) was signed into law in March 2010 in addition to the amendments in the Public Health Service Act (PHS Act) to create an abbreviated approval pathway for biosimilars and follow on biologics.  These new statutory provisions are often referred as the Biologics Price Competition and Innovation Act of 2009 (BPCI Act). This track concentrates upon such legal bindings and the aspects of the BPCI Act that pertain to the biosimilars and biologics. This session on legal issues shall be very beneficial to research scientists from both academic backgrounds and also those from industry R&D.

The global market scenario with the launch of first biosimilar in the market forecasts some radical changes. This track will look upon such key concerns which are witnessed by the global pharma market and that are coming up with the subsequent launch of the other biosimilars and biologics. Despite these emerging facilities, biotherapeutic developers are most comfortable off-shoring to established markets—the US and Europe.

To Collaborate Scientific Professionals around the World 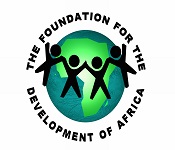 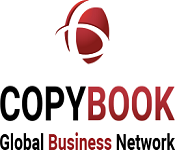 All accepted abstracts will be published in respective Our International Journals.

Abstracts will be provided with Digital Object Identifier by

Thanks a lot to give me opportunity to attend such a prestigious conference in USA. Conference was excellent. I got an opportunity to meet with excellent scientist like Dr Peter , Dr Boon ,Dr Thomas Webster and Dr Sabiruddin Mirza (from Harvard).What a subject knowledge! I was delighted. This was one of the best conference I have seen in my 25 years professional carrier. I will be happy if you call me every year specially in USA , Europe and Japan since most of the “innovation “is taking place these countries and chance to get in touch with best scientists.In this platform I got chance to explore my idea related to Packaging and everybody came to know my recently published book from Berlin, Germany i.e. “Packaging Technology An advance Practical approach”

The conference was good and interessting

I did enjoy meeting a number of new colleagues there, and enjoyed the opportunity to present.  And onsite staff who were there were excellent.